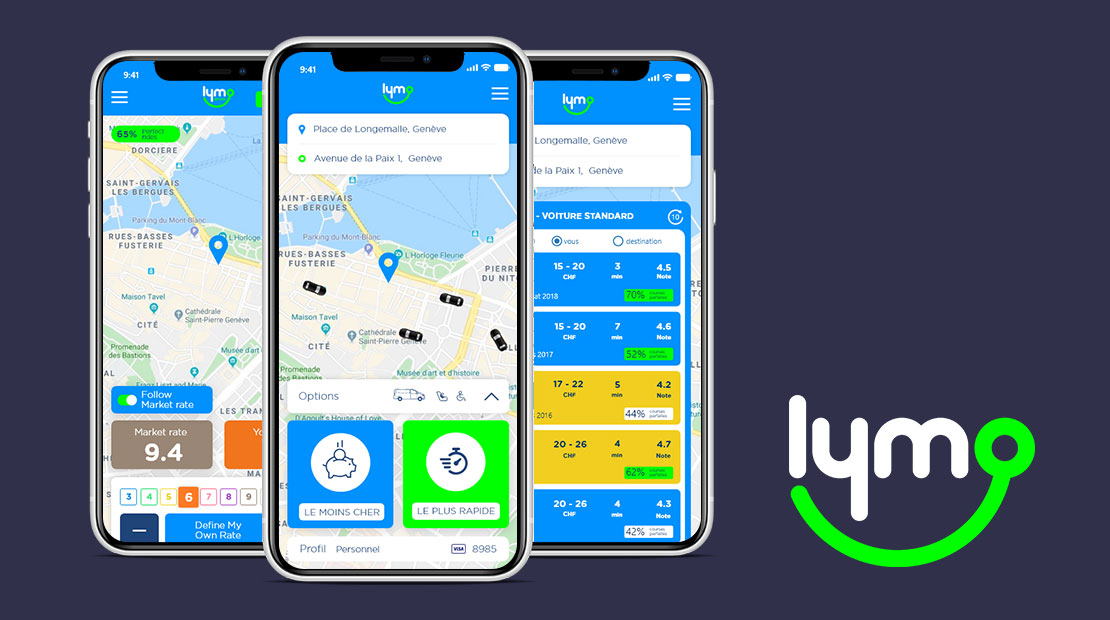 With the advent of smartphones, Uber, Lyft, and the likes have disrupted the transportation industry worldwide. Ordering a ride by the push of a button just comes naturally these days when all you want is to get from point A to point B in any part of the world. But these ride hailing giants not only are bleeding cash daily, they’re also breaking laws by not classifying their drivers as their employees and providing their drivers an independent status. No wonder, countries and trade unions are doing everything they can to bring these giants down.

In an “unethical” overcrowded space i.e car ride hailing industry, dethroning the industry giants while abiding by the legal laws of the land is what a young start-up from Geneva, Switzerland set out for from the onset.

Lymo is a breath of fresh air in the ride hailing industry when it comes to the business model. Lymo was looking out for a technology partner that would help them take on the industry giants - The Ubers of the world.

Mobiiworld not only created a patented algorithm for the Lymo marketplace model but used some of the best and the latest cutting-edge tech eg. Geolocation for drivers, call masking, mass automated driver pay-outs by integrating with Swiss banks and most importantly a technology architecture and infrastructure that allows Lymo to scale up to 100s of cities easily and efficiently.

The advantages that Lymo offers drivers and end users are industry first in every perceivable way. With Lymo, drivers can choose the car that they want to operate with, set their own market rate (or choose from different market levels) and unlike Ubers of the world, they keep 100% of the fare that they charge their clients. For users, they can select the car they want to ride in, see the rates beforehand and only pay what has been quoted to them from the onset.

Mobiiworld’s award winning tech team has successfully orchestrated tech that rivals the Ubers of the world at a fraction of the cost and development team that would otherwise be needed.

Lymo currently operates in Geneva and is valued at 25 Million USD. Lymo has been a media darling and has been endorsed by Stan Wawrinka - a tennis legend from Switzerland.

By choosing the right technology, Mobiiworld has not only allowed a technology startup to take on the industry giants, it has also managed to do that at a fraction of the cost without compromising on speed, scalability, agility and performance.

Mobiiworld is an award-winning mobile apps and enterprise web platform development agency based in Dubai, U.A.E. Mobiiworld has worked with some of the biggest names in FMCG, Government Departments, Automotive, Retail, Pharmaceuticals, and various other industry verticals.

Get in touch with Mobiiworld to build award winning iOS and Android Mobile apps or enterprise web platforms today!