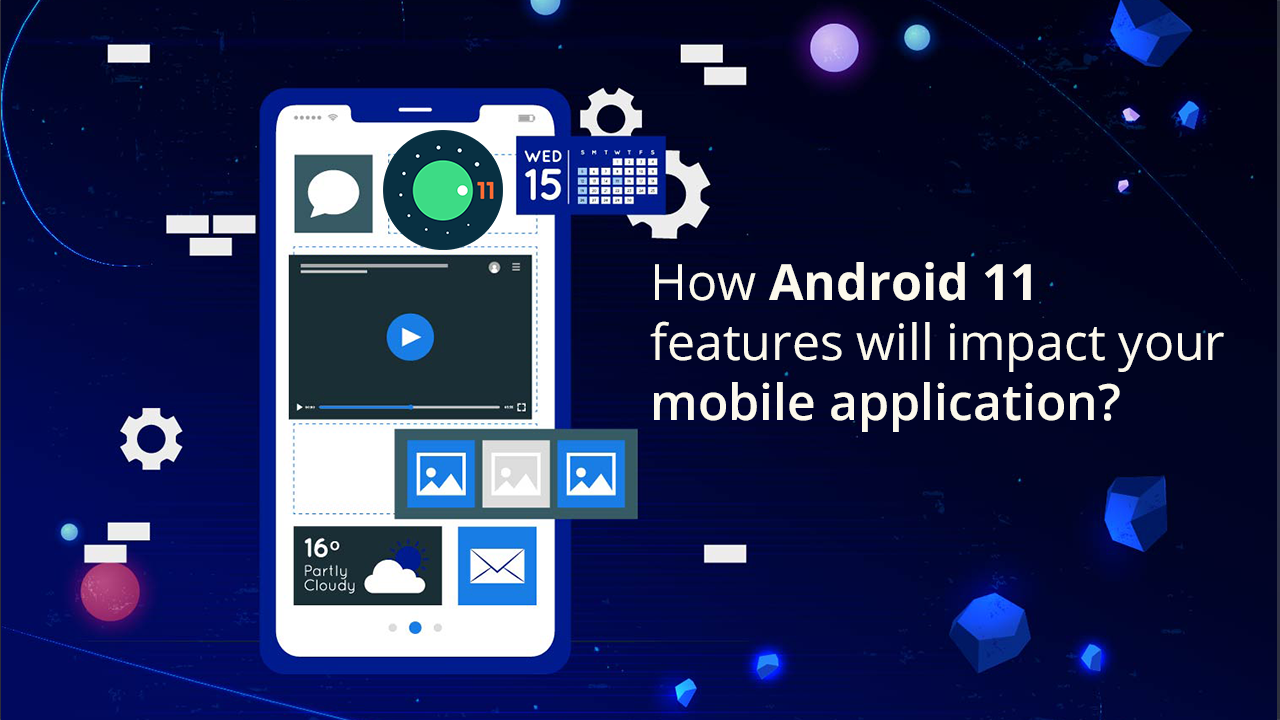 In many aspects, Android 10 was the real game-changer. It presented us with a native dark mode, improved privacy and location settings, foldable phones, and 5G phone support along with other features. And it was nothing short of a success.
Now, with a set of brand-new features, the Android 11 release has also created a stir.

1. Chat Bubble
Android 11 chat bubbles allow you to hide all the ongoing conversations in tiny bubbles on the side of the screen. You would not have to stick to the chat screen for that purpose. It makes it easy to move the bubbles around and tap them to open specific conversations.

2. Built-in Screen Recorder
Android users have been desperately waiting for Google to introduce a build-in screen recorder for the past few releases. Many people find it necessary to have a screen recorder in everyday life as the function is pretty elementary.
So the wait is over and no more downloading a different app for screen recording in your mobiles and putting your device at data risk.

3. Multi Improved Messaging
Numerous distinct features have been introduced for messaging applications. Other than the chat bubble feature, the notification panel has a dedicated section to provide you real-time messages. Also, the message that you receive from third-party apps would not interfere with your primary messaging area in the notification.
Another feature will now make it possible to send images when replying to a message from notifications.

4. One-Time Permissions
When the app asks for permission to use mobile features, the users can grant access on a one-time basis. The application will apply the consent one time while you use the application. And the moment you quit the app, it will revoke the authorization.

5. Adaptation on Different Screens
This year is going to witness a lot of variations in terms of foldable devices, allowing users to avail different screen sizes and resolutions.

With Android 11, developers won’t have to fret about adapting to such devices. Any mobile application will run effortlessly on a foldable device through the Android 11 OS. So it is the right time to start working on foldable smartphones android application development.

6. 5G Preparation
Android 11 version has added a very significant “Dynamic Meterdness API” to facilitate smooth processing. It would allow the full use of 5G by cell phones. The API can access high-quality images and videos, and other details linked with 5G technology. This all will be detected once the API detects that your device is connected to unlimited 5G. Moreover, OS 11 is responsible for handling all the technologies and will also improve faster downloads, quick transfer of files, and you will also have no buffering problems.

7. Improved Media Controls
Many mobile users tend to regularly switch between media apps such as audiobooks and music apps, which spoil a convenient user experience. So with the introduction of Android 11, media controls will get moved to the quick settings option.

Now that we have explored the Android 11 features let’s focus on how these additions will impact your existing application.

What Are The Impacts Of Android 11 Features?

1. User’s Restrictions
Generally, while launching an application, the user is asked to authorize access to several resources like camera, microphone, and location. However, Android 11 has included a new feature because of user data safety, namely one-time authorization. If you select this option, the app receives access to the resources, and it ends up losing all access when closed. The other permits will work in the same manner.

2. Improved Data Security
Applications generally collect user information and are susceptible to vulnerability. Android 11 has made data security even tighter with advanced security enhancements like Biotechnology, Harding Platform, Security Storage, etc. The app developers are therefore needed to test their application for these updates to avoid app crashes.

3. Low Data Redundancy
Before Android 11, two distinct redundant copies were generated when two apps required the same data set, which needed more storage and increased network load. Rather than creating a particular duplicate for each application, Android 11 allows both applications to use the same data settings.

4. Image And Camera Improvements
Android 11 comes with a high-efficiency image format (HEIF) storage facility that utilizes lossy compression technology to decrease APK size and reduce network impacts. It is helpful for both images and animations to be displayed. In addition to an external library, Android 11 permits the app’s usage of a recently announced API, i.e., the NDK API, to employ native graphic code for image decoding or encoding.

5. Seamless App Compatibility Testing
The program’s compatibility is one of the developers’ primary concerns, and they expect them to monitor its behavior change. Android 11 simplified the procedure and facilitated the monitoring and testing. In addition, it enables the developer to handle such modifications as force-enabled and disabled changes in the Android Debug Bridge (ADB), thus freeing the developer from the recompilation of apps for basic feature testing.

Android 11 offers users as well as developers better tools. As a result, it has become more interesting to create a mobile app. Moreover, nowadays, users want a more complex application with higher performance to respond to innovations and user requirements. That’s the reason Android 11 features prove to be highly beneficial to both developers and users.